Featured are the traditional American Flyer cars, many custom painted and custom made cars. The BN Bicentennial Engines were featured in a 1976 S Gaugian cover article, showing how to cut the low hood and custom paint these special units, made by Ken Hein. The Lionel O Gauge Blue Angels car with S Gauge trucks doesn't look bad !! and the Menards O Gauge Flat car with jeeps fits right in as well. Some shots of the Disney World area show the animations that have been added during Covid Quarantine.

Lloyd Lippert brought his military train pulled behind a Hudson. The rest of the trains were from Larry's collection. 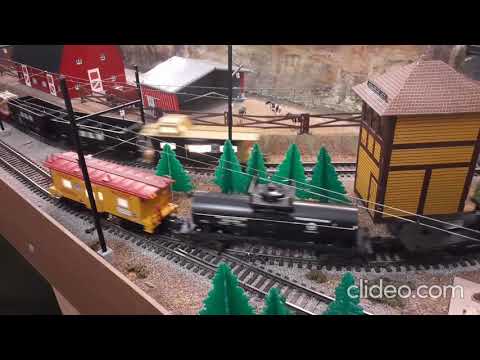