Rhett George had the initial idea for the Super 8.

The Carolinas Division wanted a smaller modular layout to set up at one day train shows. The layout needed to be set up in a short amount of time preferably the morning of a one day show. The Super 8 layout is 5 feet deep and 9 feet wide. It can be set up on two 8 foot tables that are common at train shows. It also has a stand that can be set up if the tables are not available. There are four modules that snap together and the layout can be set up in approximately 1 hour. The three trains that run on the layout are controlled automatically by current sensors in the track and electronics that throw the switches to put the trains into one of the sidings. 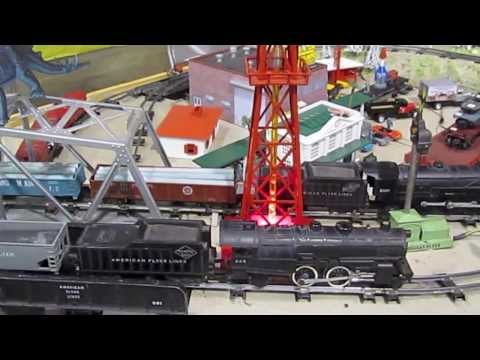 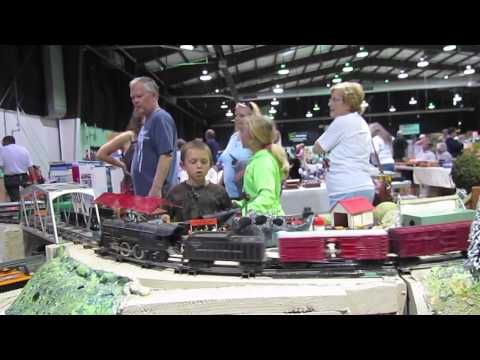